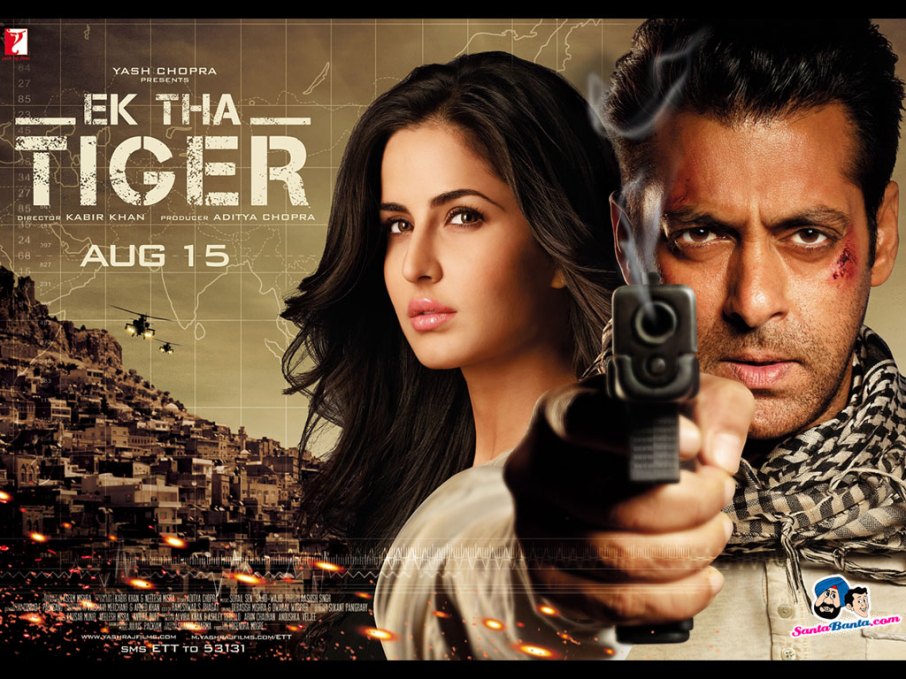 My partner in crime was noncommittal and decided to skip watching Ek Tha Tiger on it’s day of release. That did not deter me. I looked up the listing and lo.. the movie was being played 12 shows on it’s opening day in Oberon Mall Cinemax! To be honest, that is the first time I am seeing a movie book so many slots on it’s opening day here. When I reached the counter to collect my prebooked ticket, every person was returning dejected cause all the shows were HOUSEFULL! I hurriedly ordered my usual Max combo (a large coke with the cheese/caramel popcorn mix) and rushed into screen 1 five minutes late. The national anthem was running and everyone was standing in attention. I paused and absorbed the moment. A strange sense of pride always engulfs me when I hear the anthem and since it was unexpected, it felt even better. As soon as the anthem ended, people started settling into their alloted seats for the big show.

I found my seat along the aisle and settled down with my popcorn. Yash raj films had a minute long rundown of the  umpteen blockbusters they have contributed over the last 50 years and it culminated in a promo of a romantic flick that is due for November 13th.. that had the audience going already 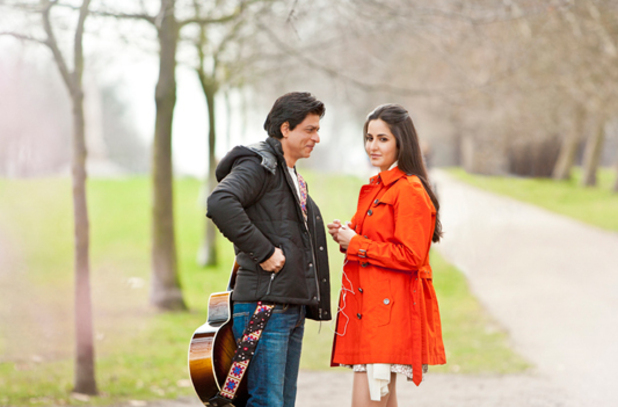 .. and then the film got rolling.

Tiger (Salman Khan) is a RAW agent who is really good at what he does and is introduced with aplomb. The opening fight sequence is only a trailer to what is due later on. He is soon put on a new mission to monitor a professor and therein he comes across Zoya aka Zee (Katrina Kaif). Gopi (Ranvir Shorey) is Tiger’s partner on the mission and he adds deft humor all throughout the movie.

The movie soon builds on Tiger and Zoya ‘s romance. Tiger is this guy who has not had a single girl in his life and he falls head over heels over Zoya. Soon there is romance, chemistry and loads of it on screen. The movie breaks with a twist in the tale (no surprises though). The second half takes off in a completely different direction where more romance brews, and along with it comes trouble. Tiger and Zoya fight the odds to be together … and of course it is a Yash Raj film.. don’t worry.. it has a happy ending 🙂 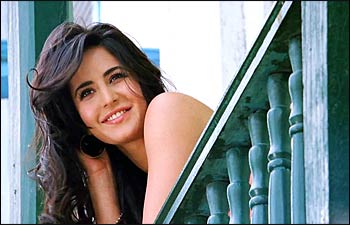 Action, romance, a hot agent with an even hotter chick. There is no thrilling investigation, no suspense thriller. It is just there to entertain.