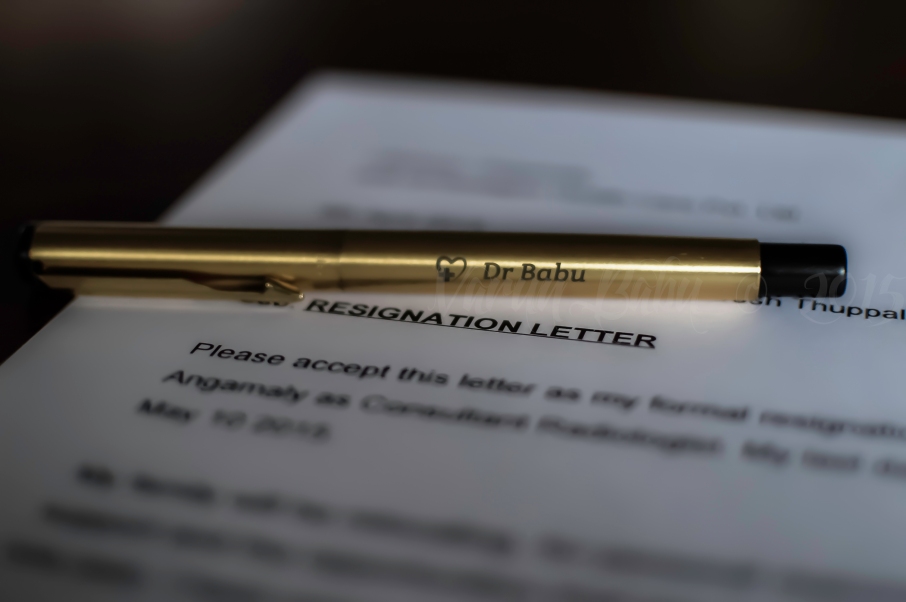 A year ago, I had cleared my post graduation. Added two more letters to my surname. The joy was doubled as I was officially beginning to share my life with my belle. I was stubborn, wanting to stand on two feet before bringing her into my life. So I fervently looked for a job opening. Unfortunate to not continue in my parent institute, I had to resort to plan B. Plan B was anything other than plan A. Joining a private scan center was a choice many of my seniors and professors questioned. Being a trainee is one thing, knowing I was always under the safe arm of the institution rendered a self belief that shielded me from the outer world. But coming here changed my approach and perspective.

It was a path I had to tread carefully being no doubt a dubious choice considering continued training was imperative to cement up the laden foundation. I moved on, I had to challenge myself.

I walked into a department, a far cry from the magnanimity and luxury of a tertiary care. Space between false doors were limiting. Number of faculty in each modality the bare necessity. I met two of my colleagues, who were already working independently. The MRI machine was the same I worked with, so I had a sense of comfort. The CT machine was one that I read about as I studied CT physics – A single slice machine.

I was sluggish with the ultrasounds as I started work, apparently the machine I sat on my first day was ‘the smaller one’ – the older generation machine to do the bulk of the routine scans, incapable of doppler and detailed scans. The average count on that machine prior to my arrival was 50 scan in 6-7 hours. I barely crunched 28 that day. I was exhausted. I had to make decisions. I had to do it on my own. All of a sudden all the confidence that I came with from my three years of training seem to spiral down.

I reached fifteen minutes earlier the next day. I tried to lift my speed. Soon I was back to the standard average case count. I was happy. Then I started challenging myself to do more, 50 became 55, 60. Then the typical wave of confidence built me up and threw me over the acceptable normal limits. I became nonchalant, I started pulling off errors thanks to my newly driven scanning speeds. It brought me back to being more sensitive with the workload and managing time appropriately.

The relentless night calls, reporting umpteen bike accidents and injuries, has made me oblivious to sleepless nights.

Working with a single slice CT was like cutting three limbs of mine and giving me just one to do everything. I felt handicapped. I felt like I was in the shoes of a generation way behind. I had to adjust. The outer world of physicians are still unaware of the advancement in technology, yet crippled by lack of finances to provision it in the peripheral healthcare. Protracting certain findings, improvising to new methods of diagnosis was a different experience all together, figuring out which artefacts were relevant.

Exploring the world of 3D/4D fetal imaging – becoming a window for the mother to the baby, being a part of the journey of life is something I will always cherish. Documenting the moments of family loss are the most cringing moments ever.

It is always the team that makes the work enjoyable. I have been fortunate to have a very good rapport with the techs, nursing faculty, the management team. For the bulk of my stay we had a team of 3 radiologists (Priyank and Prasad), which made work roll by as smooth as ever. Special mention to Mary chechi without whose black tea/coffee I wouldn’t have survived day in day out!

As I googled formats to prepare my first resignation letter, I am very thankful to the management for keeping faith in me and availing my services. To serve humanity, makes life worth living.