The last 48 hours have been miserable, especially when football runs in your veins. So much so that I watched Sanju as a filler. Similarly mother nature also seemed to be feeling the withdrawal. No rains in Kochi in the last 48 hours. But as I type this today, early in the morning of the quarter finals, we have a nice cloudy sky and a sweet drizzle. 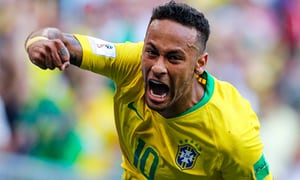 I am enjoying my Nescafe and the smell of earth and look forward to an exciting evening of football. It has been relatively easy supporting teams till the last round. Of course unfortunately the draw appears tantalizingly unbalanced with all remaining heavy weights stuck up in the first half of the draw.

England rightly rejoice at the opportunity to beat their way to the final, but should also be wary that underdogs in knockout rounds are a beast of their own.

I would want France to progress today, out of sheer love for the quality they have and can produce at will. They have the perfect mix to even win the finals. What makes knockouts exciting is when the two yellow cards play spoilsport. The team with the bigger squad will cope with it well.

I am a fan of both this Brazilian and Belgian team. It’s heartbreaking to see one has to go home tonight. My heart says Belgium, but I just feel Brazil might just have that X factor to go through. Very balanced teams. I was disappointed with Kompany returning to the first team. If Boyata starts, Brazil will struggle to break them down. But with Kompany, the back door is half ajar.